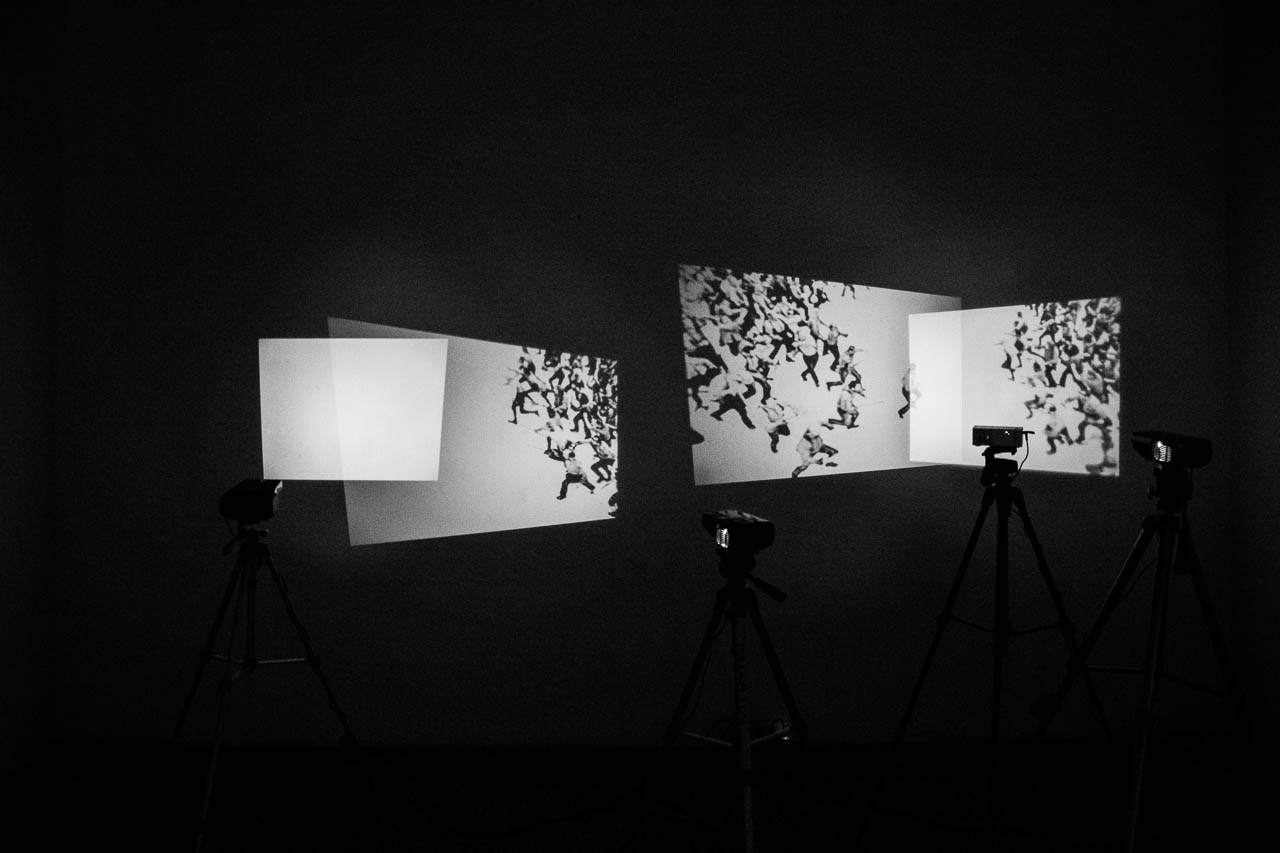 Bahar Samadi’s Video Installation is a piece from a larger project: “Displacement” based on her experimental film with the same name. For Limited Access 8, Samadi recreates a four-channel wall installation. She writes:

A door opens. A considerable amount of the material in my work is other people’s images and sound archives. Anything that can be filmed, re-filmed and filmed over and over, or scanned, re-recorded or downloaded, can become a part of the process. These diverse images are from amateur 8mm films that I have found as well as downloaded videos from cyberspace or forgotten files on a hard disk. Any camera or imaging device can be incorporated in to my work. There is no limit. Passing through the machines, A ladder, it’s only through the montage process that the work begins, takes shape and comes to an end. There is no predefined structure or script. The images as they are – or independent from their content which can be non-representational- create their own setting. Or they impose the necessity of repetition or as an indicator of their nature in a different arrangement. This repetition transforms an ordinary image to a mysterious matter. Images are in dialogue with each other and at the same time they compete to become the dominant image. One image invites another one, passes through it and returns to it. Image finds its own “other” presence, either in resemblance or in-distinction; introduces it, possesses it, releases it or is replaced by it. A row of windmills, the images are the main characters. The image of a tree is not a tree, but an image in which there is a tree.  Here is the fiesta of dancing images.