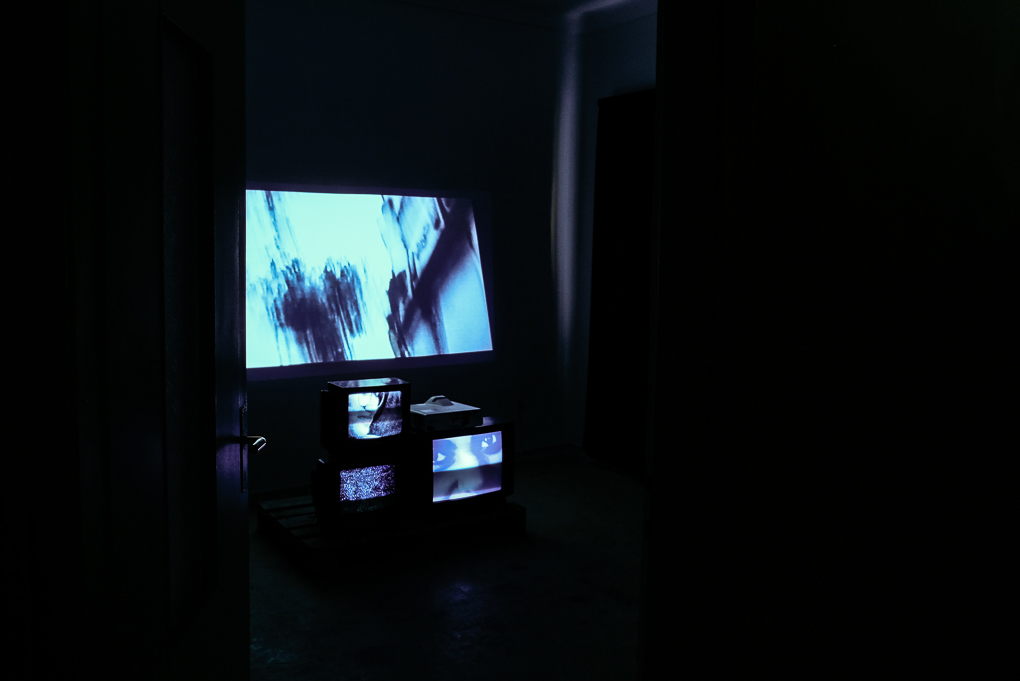 From East by Armin Abdi

Sociopolitical context:
In 1983, the newly-established Ministry of Culture and Islamic Guidance (MCIG) suddenly banned the personal use of video technology, including video cassettes and video players. It was an effort on the part of the MCIG to consolidate its power over the film industry and to limit what images and sounds Iranians could consume. Analog video was a new medium at the time, and it was uncontrollable. It marked the first time that ordinary users around the world could create, record, and circulate moving images on their own terms and on a large scale. So in Iran, this ban, which lasted until 1994, did not do much to curtail the spread of the video. Instead, it took the burgeoning video rental industry that had started to develop in the late 1970s and early 1980s and drove it underground, where a robust network of video distribution developed, as individual video dealers moved quietly through city streets delivering movies for rent.

I intended to create an image-based conversation between an old and a new series of moving images recorded on the video cassettes in two different time periods. The old ones have been recorded in the 1980s and 90s and were considered criminal at the time by the law prohibiting the personal use of video technology, including video cassettes and video player. The new ones are recorded by me in the past year from those that are somehow associated with the old video cassettes in their personal space. The content of the new moving images are portraits of people talking about their daily life and old memories. Next, I started searching, selecting, erasing, editing and duplicating the raw material by viewing the recordings on a monitor surface. The result is a live, simultaneous recording of the screen by a digital camera, albeit in silent mode. Finally, the digital versions are named and archived depending on their screening device, namely: #01 NATIONAL